Six Nations 2020 hits many of Europes most prestigious rugby pitches from 1 February to 14 March, tackling it out for the trophy.

Promotionally known as the Guinness Six Nations Championship, the annual rugby tournament once again brings together the highest ranking teams in the Northern Hemisphere (other than Japan): England, France, Ireland, Italy, Scotland and Wales. The competition comes hot on the cleated heels of the 2019 Rugby World Cup in Japan, which will impact the favourites to win coming into it.

Wales won Six Nations 2019 and are predicted to do well in 2020, though at this point it is still anybody’s game. The country has taken home the most trophies since the tournament started in 1883, with 39 victories in total (27 outright and 12 shared).England, who has 38 titles under their belt, have made massive improvements leading up to the World Cup under super coach Eddie Jones though. Could this be the rise of the Roses?“It’s something we’ve been working on for a long time, it pains me to say it but you rewind to that Scotland game at Twickenham. When games get close we’ve been criticised in the past; that Wales game away too,” said England hooker Jamie George on the Six Nations website.He continues, “The most important and impressive thing for me is how we’ve revolutionised that, have been able to talk about it, been in different scenarios, have been challenged a lot in the warm-up games. I feel like the mindset and mentality side of things when games get tough, we look like a completely different team from the one that drew to Scotland and lost to Wales in the Six Nations”

Can’t wait until February for the 2020 Six Nations to kick off?
Allow us to distract you with the details. Keep reading for everything you need know before you go.

Who are the favourites to win the 2020 Six Nations rugby?

It’s still too early to decisively predict who will win the 2020 Six Nations Championships, though Wales’ defeating France at the Rugby World Cup has positioned them well to take the trophy again. Led by Eddie Jones, England is set to face off against New Zealand’s All Blacks in Japan, which will also be telling for their prospects back in Europe.

INJURY UPDATE: Leo Cullen has confirmed that @JackConan1 will be out of action until the new year as he underwent a procedure last week on a foot injury. Huge blow for the Wicklow man. Get well soon Jack. 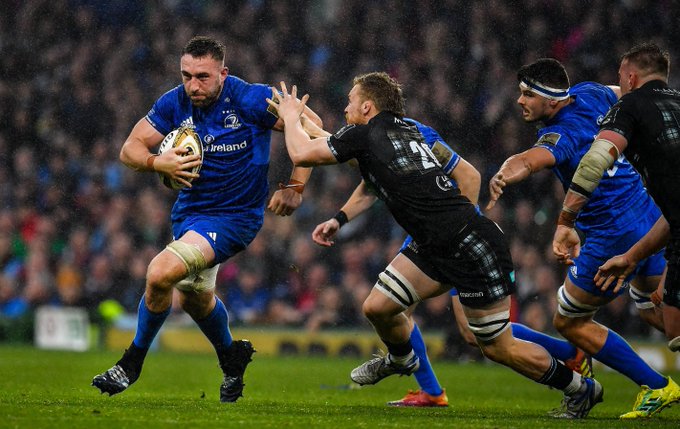 Ireland will certainly face some challenges coming into Six Nations 2020, with new head coach Andy Farrell needing to find a replacement for Jack Conan, who is expected to miss the entire tournament. He suffered a major injury after a teammate stood on his foot during a training session and will need surgery. The Rugby World Cup was the final play for Ireland’s former head coach Joe Schmidt, and the country lost 46-14 to New Zealand in the quarter finals.

What is the Six Nations 2020 fixtures schedule?

The 2020 Six Nations Championship will have its first match on 1 February at Millennium Stadium in Cardiff, with Wales facing off against Italy. The last game will be plated on 14 March at Stade de France in Paris, with France vs Ireland.

Did you know that each rugby union has its own ticketing procedures for Six Nations? Don’t worry — we have a better way for finding the best seats. Check out StubHub for guaranteed genuine Six Nations 2020 tickets by clicking the link below.